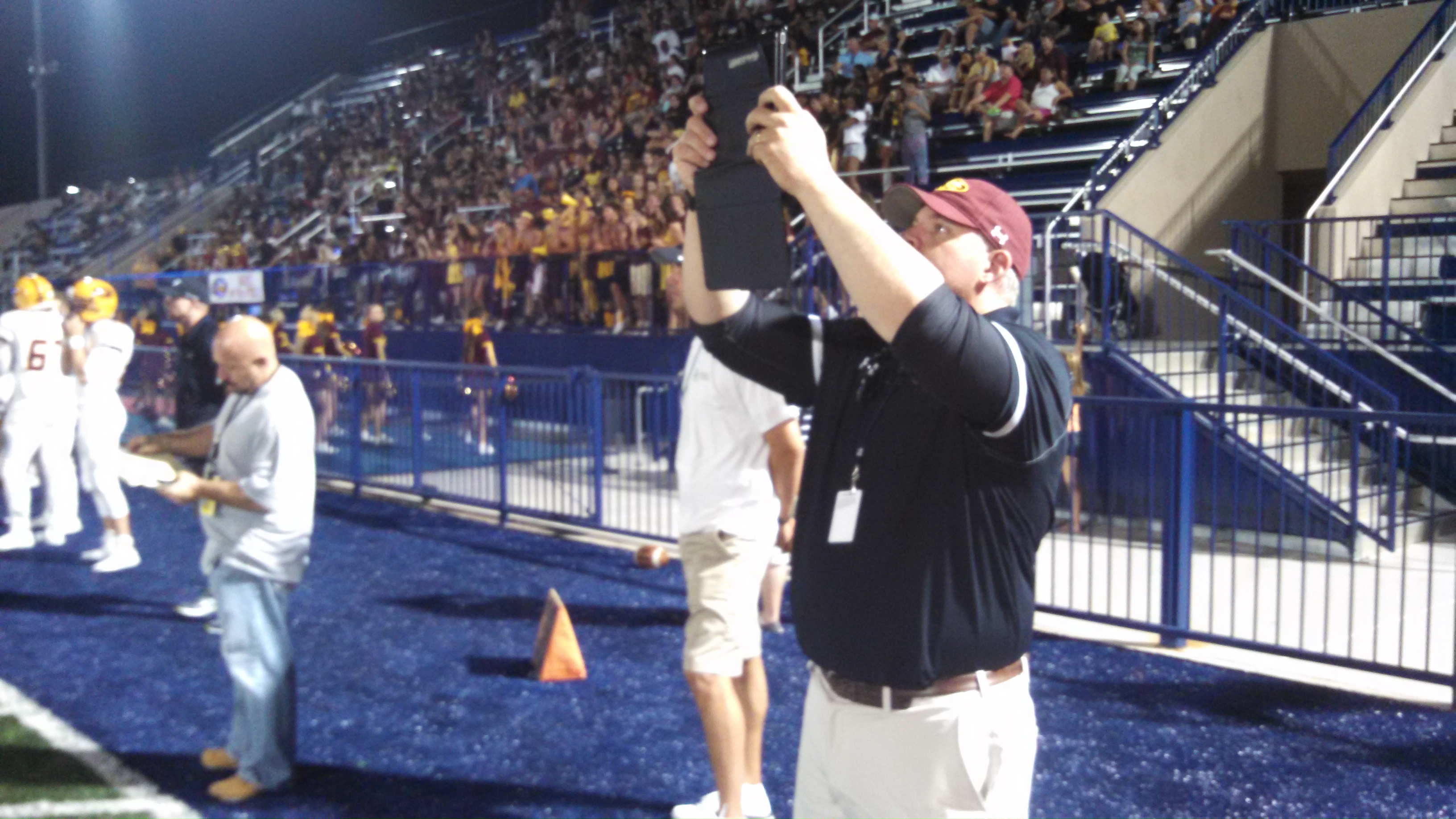 Football coaches are notorious for doing anything that they perceive gives them an advantage.

If it means bringing some turf from their own field to an away game then you can believe someone is in charge of grabbing dirt, putting it in a container and making sure it makes it on to the bus.

A rule was passed before the 2013-14 season in some states that allowed teams to use recording devices right on the sidelines to film the opposition’s alignment.

This is the first year Arizona can do it so it will be interesting to see how, and which, teams take advantage of it.

Count defending Division I champion Mountain Pointe all in.

“We do it,” Pride coach Norris Vaughan said. “If it is available to you why not use it?”

The coaches will not be able to use the devices to review decisions by game officials or to communicate with players while they are playing, but coaches will be allowed to use recordings on the sidelines and at the half.

Football coaches can show players opposing alignments. Think about the footage from NFL sidelines that has been seen for years of offensive or defensive units looking at Polaroid when they come off the field.

Welcome to 2014 and instant access to just about everything, including the opposition’s reaction to certain formations.

We first noticed a Mountain Pointe assistant coach using a tablet in Las Vegas high above his head in the Sollenberger Classic. We thought he was just taking pictures for personal use. Turns out he was filming Reed’s alignment and personnel changes based on the offensive formation the Pride put on the field.

“We got coaches that recognize it pretty good and guys in the box see it pretty quick,” Vaughan said. “It’s all I care about, getting the information quickly. We take mostly pictures. We do video some. You pretty much know it already, but that just confirms it.”

Offensive coordinator Eric Lauer came over to the assistant between plays and/or drives, flipped through the videos/pictures and relayed the information gleaned from the snippets over to Vaughan.

Did it help in a 66-13 win? Probably not, but a few weeks from now when Mountain Pointe is playing Chandler or Hamilton maybe they pick up on something.

The coaches meet up between drives, look at the video, make a substitution or call a play based on what the defense showed them in the series before just like NFL teams have done for years with printed photos.

“It’s not really that big of deal but we are going to utilize every tool we got,” Vaughan said.