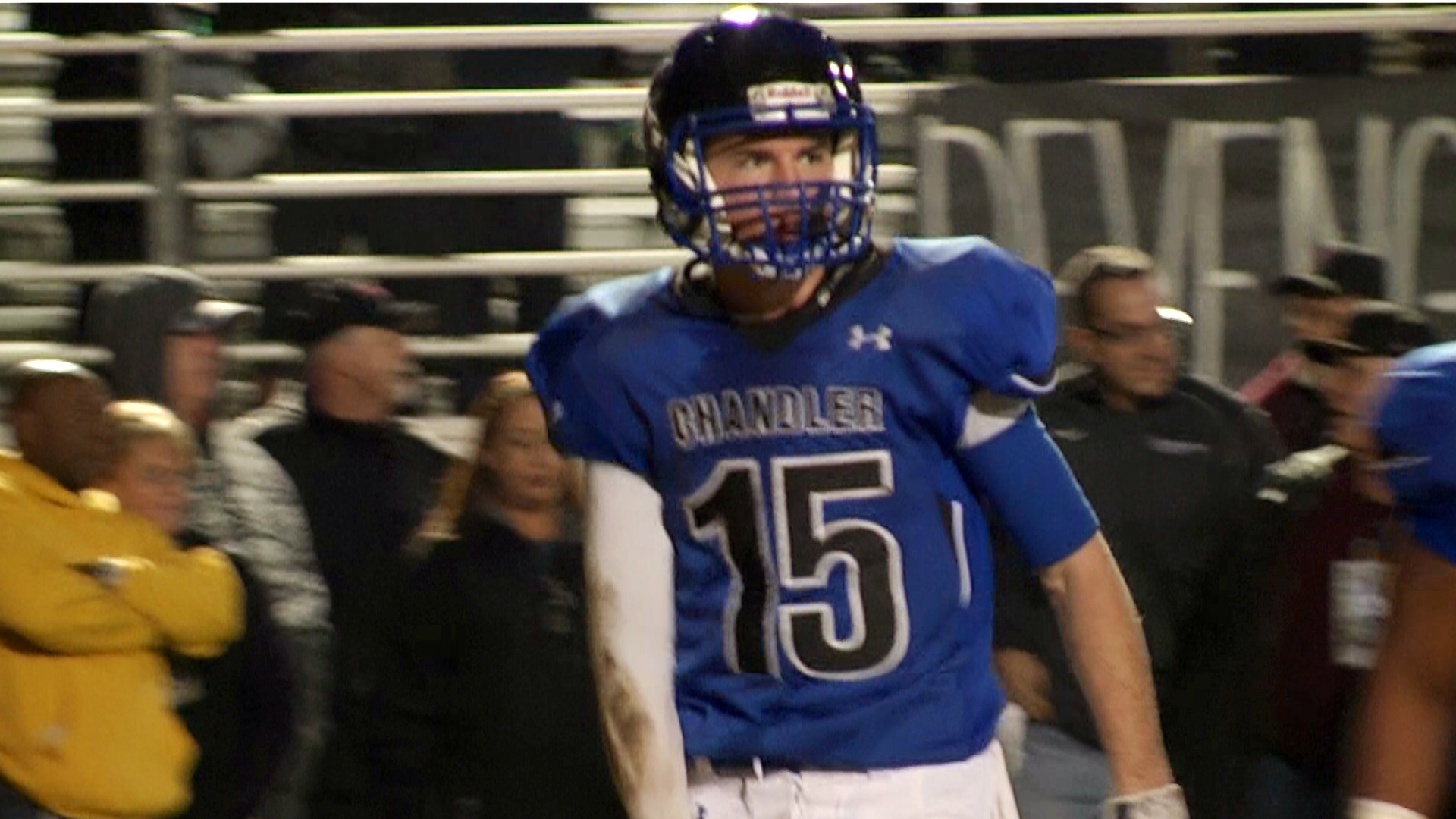 It is not often you see juniors made captains on high school football teams. Especially on a team like the Chandler Wolves that has such a great presence of seniors on their roster.

But for junior safety and quarterback Mason Moran, age was never even thought upon when teammates voted him unanimously to be one of their captains for the 2014 season.

“For the team coming together and everything, we work hard all the time and for them electing me as a captain, it makes me feel that I have the respect from others,” said Moran. “People know they can come to me whenever they need anything.”

Those are the verbal things that Moran does for his team that aid in him being named a captain. But the example he sets has to be a major part of it as well.

Moran is a starter at safety on Chandler defense that had to replace nine starters from a year ago. But he is also the back-up quarterback behind Bryce Perkins. Being a quarterback is what Moran has known for most of his football playing days and could probably be the starter on many other teams around the state. But he has chosen to be patient and be a Chandler Wolf through and through.

“I am a loyal person and I didn’t want to be one to transfer just because I have Bryce Perkins in front of me,” stated Moran. “Byrce and I don’t have any tension. We are good friends and I just know that God has a plan for me. My senior year is going to be my time to shine.”

In the meantime, Moran is now in his second season as a starter at safety for Chandler. A position that was never really on his radar before he began his high school career.

“No sir!” Moran joked when asked if he ever saw safety being in his future for high school and maybe beyond. “I just came in and I was given a shot. When I started doing everything, it just sort of came naturally. Just flying around and enjoying to stick people, it’s just an awesome thing.”

With what Moran has done at the safety position to this point, he already has an offer from Boston College and more could come but from an ‘athlete’ tag rather than just as a quarterback.

“For me, I don’t really have a preference,” explained Moran. “Whatever I can do to be able to play at the next level would be awesome.”

That mentality in the Chandler locker room has been infectious and a true testament of leading by example. And his teammates know all this of Moran while also knowing what he deals with off the field from a health stand point on top of it.

Moran suffers from what is called a low IgG. There  is not a classified name for the disease but the battle he faces is the fact that he does not have enough white blood cells to fight off infection.

Despite knowing a low IgG is present, he says does not affect him in his day-to-day life, stating that sometimes he doesn’t even know that he has it.

“I have been so blessed that I haven’t had anything wrong with me and I have just been going forward and go through my day,” he added.

Moran and the Wolves are of the mindset to achieve things that have never been done in school history. Behind his leadership both vocally as well as by example, Chandler may have the ability to get over the hump they are so focused on reaching which is their first ever state championship.