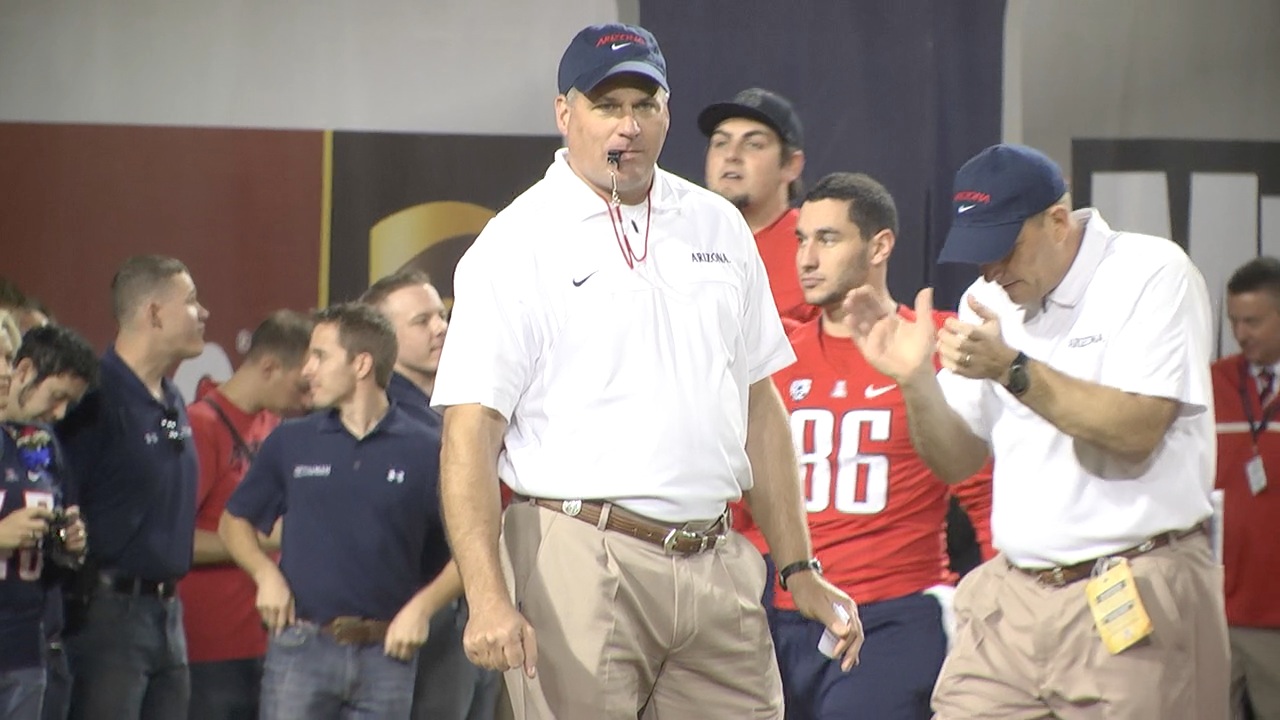 Parents often warn their children to “expect the unexpected” in life.

The same can be said for the 2014 Pac-12 football season through season the first season where only one team (Arizona 5-0, 2-0) is unblemished in conference play through the first six weeks of season. The first half has featured a pair of last-second Hail Mary’s, an NCAA single-game passing record established and scoreboards being lit up from north to southwest.

Raise your hand if you had Cal leading the Pac-12 north and UofA the Pac-12 south at this point of the season?

“Where do you start in the Pac-12,” ESPN college football analyst Brad Edwards told Sports360AZ.com’s Brad Cesmat with a chuckle during a phone interview Tuesday morning. “What I see right now is there’s not a great team. There’s a lot of really good teams…I don’t see a team right now that has consistency on both sides of the ball…I really don’t know what to make of the Pac-12 right now.”

Regardless of where the Wildcats finish in the standings Edwards knows the program is headed in the right direction under Rich Rodriguez.

“I’m a big fan of Rich Rod,” he said. “When Michigan let him go I figured he’d go somewhere else and win because he’s a good football coach…it’s not remotely surprising to me that he has them in position where they’re, at least in the middle of the season, at the top of the standings in the Pac-12 South.”

Proud of my players and staff for their effort last night and all season! Thx to all our fans!!! #BearDown

Edwards believes many underestimated the “mess” he was left with when Mike Stoops was let go mid-season back in 2011. Now Rodriguez has a talented young quarterback (Anu Solomon) and running back (Nick Wilson) to build around. Everyone knows Coach Rod can recruit offensive talent but Edwards believes it’s what happens on the other side of the ball which will dictate the ‘Cats future success.

“If he can find a way to recruit some solid defensive talent then I think Arizona has a chance to have some staying power.”

UofA will look to stay perfect when they host USC Saturday night at 7:30 at Arizona Stadium.