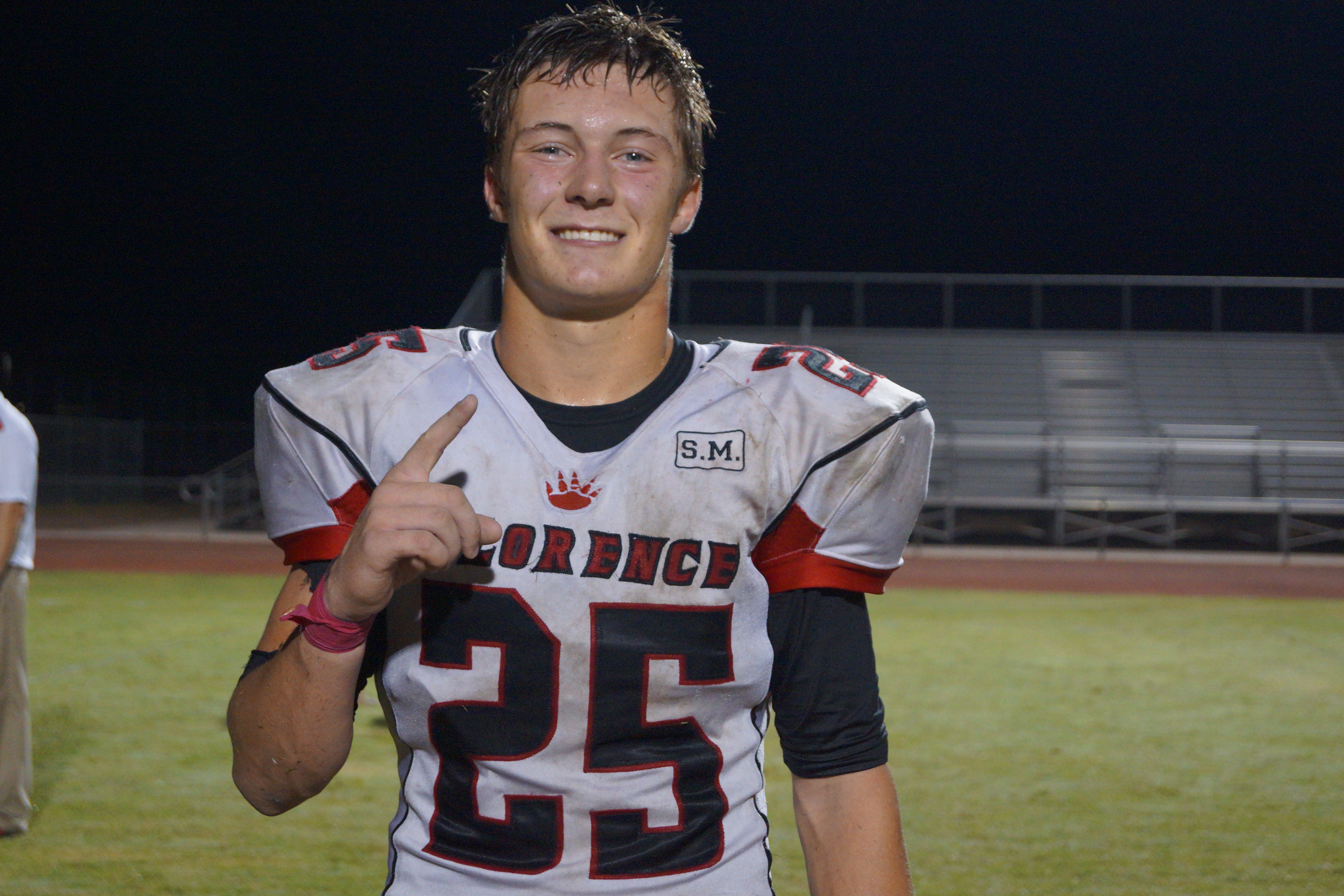 On a football team that starts only three seniors, Florence junior Beau Griego leads the team in rushing yards, touchdowns, tackles, and points per game. He leads by example too.

Griego, a 6’0” 170 pound running back and strong safety, is playing in his second year of varsity ball at Florence. As a sophomore, he finished first or second in several offensive and defensive statistical categories, including, rushing yards, touchdowns, tackles, interceptions and points per game.

Now a junior, Griego leads the Gophers in each of those categories, except interceptions, where he ranks second on the team. He also leads the team in sacks.

His performance as a two-way player was on display in Friday night’s 28 – 10 upset victory over the eighth-ranked Combs Coyotes. Whether it was offensively, defensively, or even punting, Griego made his presence felt. He scored two touchdowns and made several big plays on defense, including an interception.

“We’re a young team,” Griego said after Friday’s win. “I think the juniors, in my eyes, are (like) seniors now because we have to step up and be leaders for the team.”

With the victory, the Gophers are now 4 – 3 and thinking playoffs with three games remaining in the regular season. Tough games against Bisbee and Coolidge are looming, but the Gophers’ only concern is the next game.

“Just working hard, really, and taking it one week at a time,” Griego answered when asked what his team needs to do to reach the playoffs. “Don’t think down the road or the playoffs.”

The Gophers win on Friday night spoiled Senior Night for the Coyotes. Ironically, it’s their team’s seniors that Griego and the rest of the Gophers don’t want to let down.

“We’re playing for the seniors because it’s their last year,” Griego said. “There are no promises in life and we have to play all out each night.”

He added, “At the end of the day (you) have to play for the guys next to you; not just yourself.”