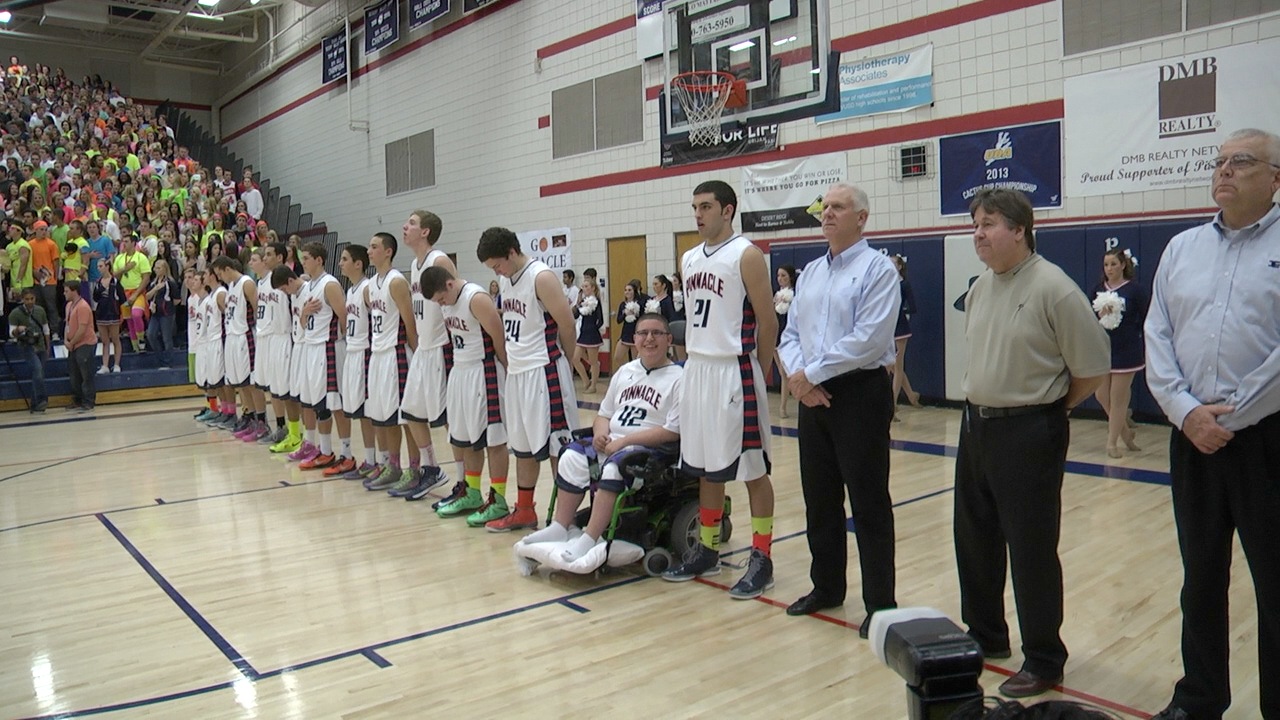 The Pinnacle boys basketball team has never shied away from competition.

It’s a philosophy that clearly remains in place to start the 2014-15 season as the Pioneers opened the year with games against Gilbert, Corona del Sol, Chaparral, Desert Vista and Deer Valley.

Pinnacle coach Charlie Wilde has the formula down that has helped the Pioneers become of the state’s top programs and finish as the Division I state runner-up the last two seasons.

“That’s what we do,” Wilde said. “We try to go to national tournaments, and play quality programs here. You can’t win big games unless you play big games.”

Observers entered this year wondering how much of a drop off would be in store for the Pioneers (3-2) without Dorian Pickens, who averaged 25.2 points last year and score 2,122 points in his career before heading to Stanford.

The onus of the offense has fallen mostly on Trevor Baker, but he has plenty of help behind fellow guard Jeff Kenney and big men Ben Wahlberg and A.J. Elliot.

“We had three people in double figures (in the first three games),” Wilde said. “(The guards) will score for us. It’s about sharing the ball.”

They beat Gilbert to start the year, lost by three to Corona del Sol and beat Chaparral at the HoopHall West tournament before losing to Desert Vista on Monday and beating Deer Valley on Tuesday.

The good start despite the difficult schedule showed the Pioneers will be one to contend with yet again.

“Coach Wilde has a great team, from top to bottom,” Desert Vista coach Tony Darden said. “He has a great program and they know how to win.”

It’s in the early going and Wilde expects plenty of growth from his team considering he feels the Pioneers haven’t played a full game yet.

“We were reverting back to summer ball and didn’t do what we are taught,” Pinnacle coach Charlie Wilde said after the loss Desert Vista. “(DV) played really well and they couldn’t shoot it any better. We haven’t played a full game yet, but we battled back.”

It’s another sign that Pinnacle will be part of February push toward another championship run.

“The thing about my kids is they have heart,” Wilde said. “People probably thought we were down and dead (trailing DV by 20), but we cut it to four or five. They will always do that. We just have to play better to start and play Pinnacle basketball.”