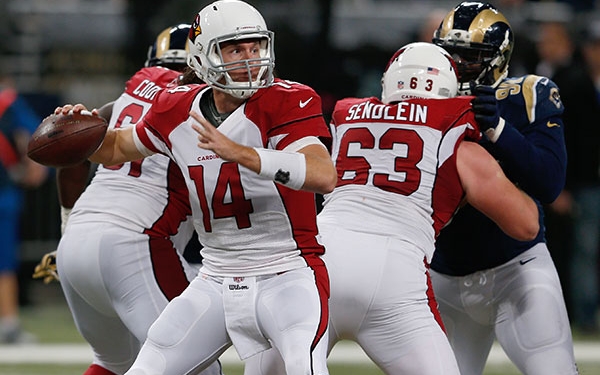 Regardless of opponent or location Bruce Arians, Tom Moore and the Arizona Cardinals (11-3) offensive staff are going to continue to do what they do.

Even if their quarterback is making his first start of the season.

Even if he’s never thrown a touchdown pass in the regular season.

Even if the opponent happens to be the defending Super Bowl Champion Seattle Seahawks (10-4) in what many are calling the biggest regular season game in franchise history Sunday night in Glendale.

“Just go out there and play ball and don’t worry about it,” Plummer explained to Sports360AZ.com’s Brad Cesmat during his weekly interview when asked what advice he’d give to the mostly inexperienced Lindley. “You’re in the league for a reason. Trust in the guys around you. Anticipate them getting open, don’t see them getting open.”

Much like Arians, Plummer says Lindley has a strong support staff in the Cards and describes the NFC West-leaders as “a really tough-nosed team who believes in each other.”

His beliefs mirror the Cardinals staff: expand the playbook, don’t close it–even with your third-string quarterback and the stakes (victor likely wins NFC West) higher than they’ve ever been.

“Throw that ball deep, take some shots,” he told Cesmat Thursday morning. “In this day and age there’s going to be a penalty called on the defense most likely. Hopefully you get a completion and if not, they get an interception on the deep ball and it’s a change of field position. With [Arizona’s] defense, don’t be scared of that. I’d go right after them.”

The Cardinals will have the benefit of a healthy Larry Fitzgerald this weekend. “Fitz” saw his 110-consecutive games played streak end in the Bird Gang’s 19-3 loss to the Seattle late last month.

Both teams come into the game hot. Seattle has won four-straight. The Cards are looking to stretch their win-streak to three.