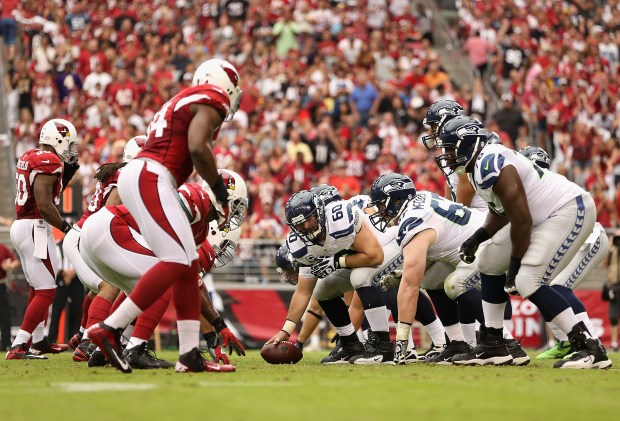 Many eyes around the nation will be on the Sunday Night Football broadcast between the Arizona Cardinals and the Seattle Seahawks. Quite possibly other than the people in Arizona and the state of Washington, Las Vegas might have the most eye balls on the game.

“This will be one of the bigger games of the weekend,” Long-time Las Vegas oddsmaker Jimmy Vaccaro told the Brad Cesmat Show on Friday. “You’re in a great time slot in the late Sunday night game which is good for us. Those great marquee games at the end of the day are great for us because people stick around longer…They especially love to bet when the stakes are this high.”

One of the most surprising notions to come out of Las Vegas around this game is the fact that as of now, the Cardinals are 8.5 point underdogs going into the game. While the players, coaches and fans locally are playing the respect card, Vaccaro notes this number is spot on.

“You guys are playing what we are considering the second best team as far as power ratings are concerned in the Seattle Seahawks,” Vaccaro explained. “They have been really coming on. They are a legitimate 8.5 point favorite. I would suggest though that the money will be on Arizona.”

“Should it be at 8.5? We will know in about 72 hours,” he added. “But I would say right now the money is on Arizona. You are good home field guys, you play tenacious defense and Seattle is not one of the highest scoring teams. This will be one of the lower scoring totals of the day, around 37.”

He went on to mention that the fact that the Cardinals are starting their third string quarterback is a big aspect of this point spread and was suggests the under in the point total will be a strong play. Vaccaro further mentioned that Cardinals have been gold for the people in Nevada throughout the 2014 season.

“For the last 14 games, there have been 11 or so where we have needed you guys to win or cover the game to make it a good game for us because there are still a lot of doubters out there,” he mentioned.

Not to look past Sunday but seeing as the Cardinals did at least lock up a playoff spot last week, the odds of making the Super Bowl are at 18 to 1. That could change with a win Sunday locking up home field advantage though out the Super Bowl.

“A lot of odds will be against you winning three games with a third string quarterback but I have seen crazier things happen,” Vaccaro stated. “That may show a little of no respect for an 11-3 team, but that just shows that there a lot of good teams gathering a lot of money which puts the Cardinals where they are.”

Cardinals and Seahawks kick-off Sunday at 6:30pm for University of Phoenix Stadium.