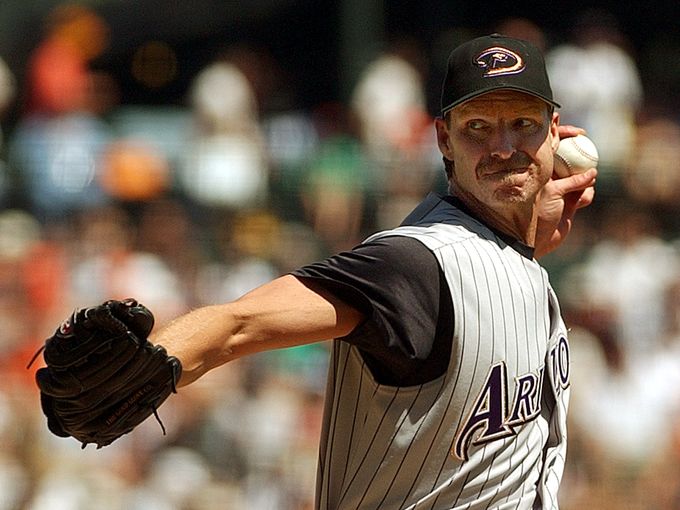 A word attached to some of sports’ all-times greats.

Tuesday afternoon the 6’10 hard-throwing left-hander was selected on 534 of 549 ballots by noted members of the Baseball Writers’ Association of America. The 97.3 percentage was the eight-highest in the history of voting.

“The Big Unit,” who played for six teams (Montreal Expos, Seattle Mariners, Houston Astros, Arizona Diamondbacks, New York Yankees and San Francisco Giants) over his 21-year career, was a player who defined the term “marching to the beat of his own drum,” especially on days in which he was scheduled to pitch.

“I used to tell him he was like a caged lion,” ESPN baseball insider Pedro Gomez explained to Sports360AZ.com’s Brad Cesmat in a phone interview Tuesday. “He would just walk around the clubhouse sneering at anybody. He was just zoned in on those days.” ‘Hey, I’m pitching today. Leave me alone. I’ve got my thing to do.'”

Johnson, whose 45-minute Chase Field press conference encapsulated everything from humor, to honesty, to appreciation for both his teammates and organizations he played for will go down in MLB history as one of if not the best lefties of all-time.

Some who know Johnson would even consider him a bit misunderstood.

“There were days when he wasn’t pitching that he definitely was a different person,” Gomez said. “But on days he was pitching he was just an out-of-body guy. He was not there. He was off in another zone and that was probably what made him so special. He was able to lock into that area that so few have been able to achieve.”

Johnson had run-ins at times with teammates, including well-liked Diamondback Luis Gonzalez, but had the respect of his teammates and coaches every fifth day when he took the mound.

His resume includes 303 career wins, 4,875 strikeouts, 10 All-Star Game appearances, a World Series championship and co-Series MVP Award in 2001 and a perfect game in 2004.