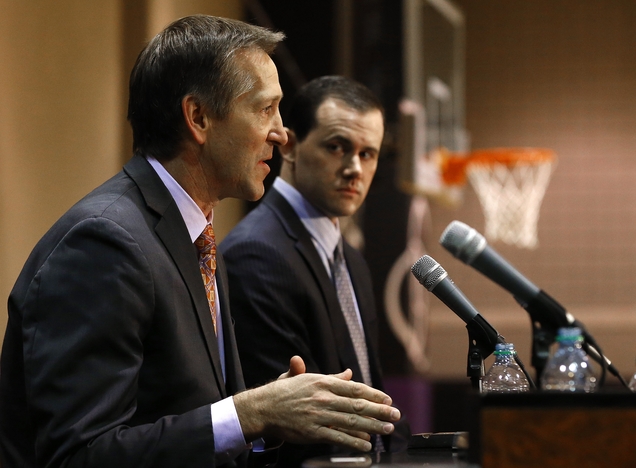 As the saying goes, “there’s no place like home.”

Nobody knows this better than the Phoenix Suns who have started a near three-week stretch where they’ll never have to leave the state.  The block of eight-straight home games so happens to partially coincide with the Super Bowl and Phoenix Open here in the Valley.

Despite winning five of their last seven Phoenix finds themselves back in the familiar territory: tucked in the back-end of a loaded Western Conference with little margin for error moving forward.

They also have the unique problem of having too much of a good thing.

Well, sort of, according to one NBA insider.

He’s referring to free-agent-to-be Goran Dragic, Eric Bledsoe and newcomer Isaiah Thomas. It’s safe to say all have been hot-and-cold through the first half of the season.

Another problem for Phoenix, according to Windhorst, is the team has no face. Dragic and Bledsoe are both extremely talented players, but neither would be considered NBA elite. League history has proven those types of assets are essential for sustained post-season success, particularly out west.

“They have got to find a way to get a star player here,” Windhorst explained while in town. “People want to play here. You should be able to get that…they need to bring in that talent influx like they did with Steve Nash.”

It’s not as though general manager Ryan McDonough isn’t trying. Many of his deals, particularly the trade for Bledsoe has helped infuse life into a once listless fan base but the past few years several other teams in the conference have made bigger, better, faster strides.

Finding the perfect formula here in Phoenix continues to be a work in progress.