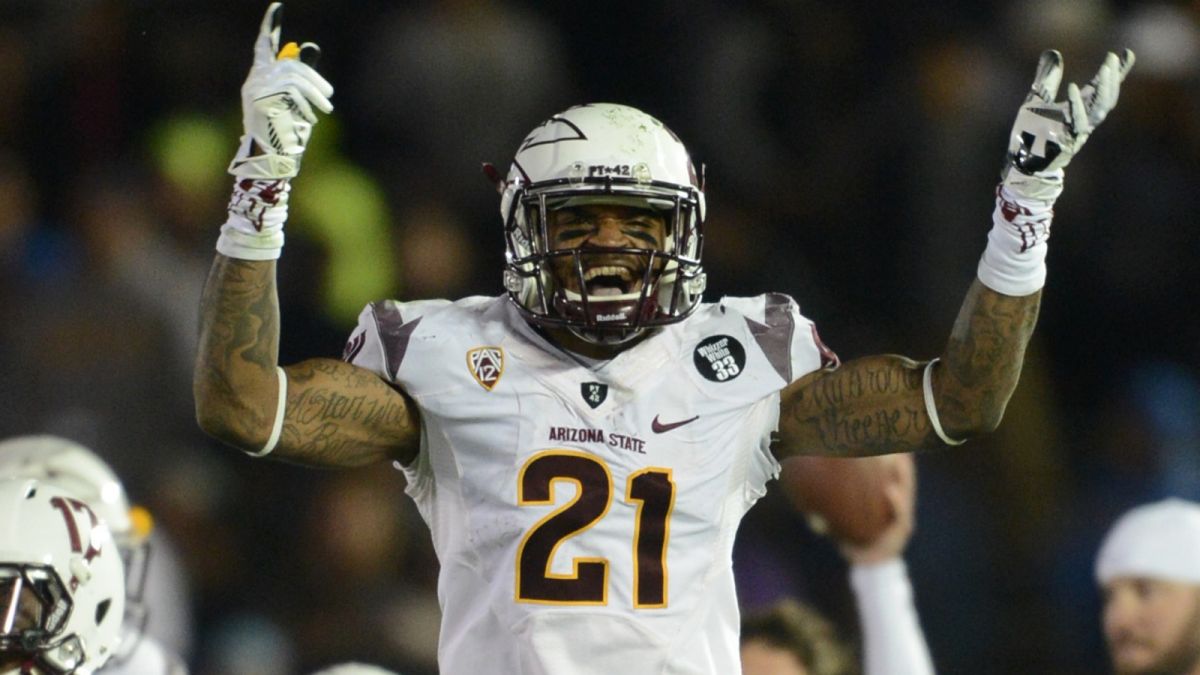 The future is now for Jaelen Strong.

Arizona State’s loss will be one NFL team’s gain in the next few months.

No one ever doubted Strong’s potential when he arrived on campus just over two years ago and few are doubting he will be a high draft selection this spring, including his former head coach.

“I think Jaelen’s a first-round draft pick,” Todd Graham told Sports360AZ.com’s Brad Cesmat in a phone interview Monday. “It will be [between] now and then how he runs, how he works out and all that stuff.”

If there is a knock or two on Strong it is his quickness and some have hinted that he plays a little bit soft.

What no one will question is the 6’3, 215-pounders ability to jump over defenders and make acrobatic catches in a crowd. His most memorable coming earlier this season against USC.

“He’s a guy that’s going to be a dynamic player, a great NFL player,” Graham continued. “I would see him being a late first-round pick.”

Placing players in the NFL has become more frequent for the Sun Devils since Graham took over the program back in late 2011. He and his staff have delivered on their promise to not only clean up the program, but win consistently as evidenced by the fact the Devils have been in the Pac-12 South title conversation each season.

“I think, as our program has moved forward,” he said. “We’re coming off back-to-back 10-win seasons–guys like Marcus Hardison, Jamil Douglas are guys that I’m pretty certain are going to get drafted.”

Another player who could be selected is quarterback Taylor Kelly who plans to get some helpful hints from another for Arizona State quarterback who went on to play in the NFL.

The Sun Devils (10-3) finished 12th in the final AP Top 25 which was released Tuesday morning.