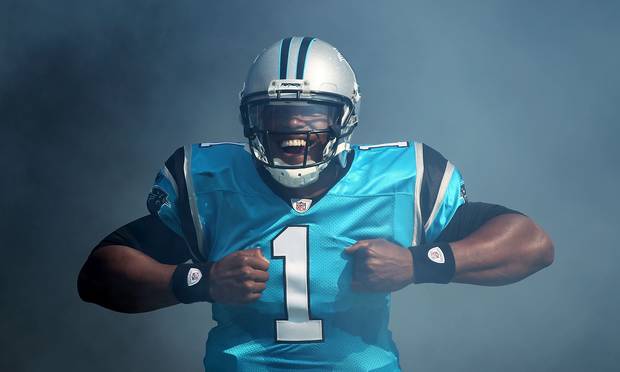 The Arizona Cardinals aren’t the only team playing this weekend with their share of quarterback issues.

Unlike in Arizona where quarterbacks have rotated more frequently than a digital billboard in downtown Phoenix, Cam Newton has been under center the entire year–sans the Panthers close win over Tampa Bay on December 14th when Newton sat out following a mid-week car accident where Newton suffered two back fractures. His numbers (3,127 passing yards, 18 touchdowns, 12 interceptions) are down in nearly every category across the board but it’s easy to see why the drop in production.

“He’s really had a difficult year having nothing to do with what’s going on off the field,” SI.com Senior NFL Writer Peter King told Sports360AZ.com’s Brad Cesmat in a phone interview Tuesday. “The thing about Cam Newton-when you have as difficult a year [as he has], their whole offensive line is re-built over the year. Then, almost all of his receivers are brand new. This guy has really put up with a tremendous amount this year.”

The inconsistencies on offense is one ingredient why Carolina (7-8-1) was only the second team in recent history to qualify for the playoffs with a losing record.

The Panthers’ rollercoaster year included a mid-season six-game losing streak followed by four consecutive wins, including a NFC South-clinching 34-3 whipping of the Falcons Sunday in Atlanta. Ron Rivera’s defense is peaking while Newton has thrived late in the season throwing five touchdowns with only one interception and adding three more on the ground.

“I hand it to him,” King said. “I think he’s had a pretty good year considering the circumstances.”

Newton will have Todd Bowles’ and the Cards’ defense full attention Saturday afternoon in Charlotte.