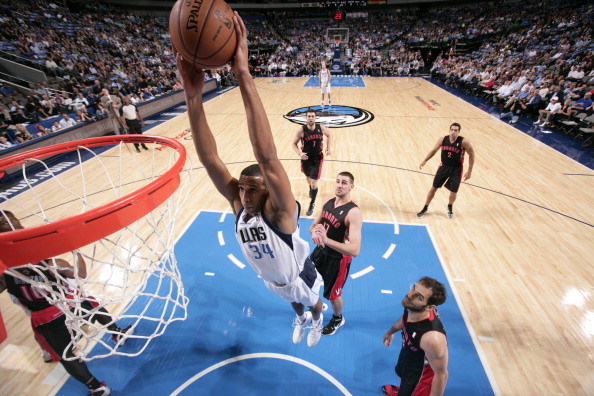 The Suns, who have won 12 of their last 14 games, added a piece that could help continue them in the right direction. The team announced on Friday evening that they have traded a protected 2015 first round draft pick for Boston Celtics Forward/Center Brandan Wright.

“I have known Brandan since he entered the NBA in 2007,” stated Suns President of Basketball Operations Lon Babby. “He is a person of the highest character who will fit perfectly into our burgeoning Suns culture. We look forward to welcoming him to Phoenix.”

“We are excited to add Brandan to our roster,” added Suns General Manager Ryan McDonough. “His length, athleticism and finishing ability make him a great fit for our style of play. He is one of the most efficient scorers in the league and his shot blocking ability will help anchor our defense.”

Efficient is a great word to describe the 6-10 Wright. He is averaging 7.5 points on 72.4 percent shooting, 3.6 rebounds and 1.3 blocks while playing an average of 16:56 minutes per game in 35 games with the Celtics and Dallas Mavericks this season. He is in his seventh NBA season out of North Carolina and coming off a career year with Dallas last season where he averaged career-highs of 9.1 points, 67.7 percent shooting (224-of-331), 4.2 rebounds and 18.6 minutes in 58 games. Wright’s 67.7 percent mark from the field in 2013-14 was the highest mark in the NBA among players with at least 100 field goal attempts for the season. He was a key piece in the trade last month that sent Rajon Rondo from Boston to Dallas.

An intriguing aspect about this Suns acquisition is that Wright is currently in a contract year and will be an unrestricted free agent at the end of the 2014-15 season. They will be getting a lot out of him being a player looking for his first big contract in this league. It also puts into question how the team feels about Miles Plumlee moving forward. He has already been moved from the starting center to the bench in place of Alex Len and has not yet reached the level of play he was performing at last season.

Last month, the Suns released Anthony Tolliver who the team hoped would fulfill the same role Channing Frye played last season being a post defender and a stretch four on offense. Wright cannot shoot like that from the outside but will make up some much needed front court depth that the Suns have not had all season.

In the process, the Suns dealt to Boston its right to Minnesota’s protected 2015 first round pick which is protected for selections 1-12 in 2015 and 1-12 in 2016 and the first round pick has not been conveyed by 2016, Minnesota will instead convey its second round picks in 2016 and 2017. Phoenix also waived forward Tony Mitchell who was acquired in a trade with the Detroit Pistons on December 24 last month.