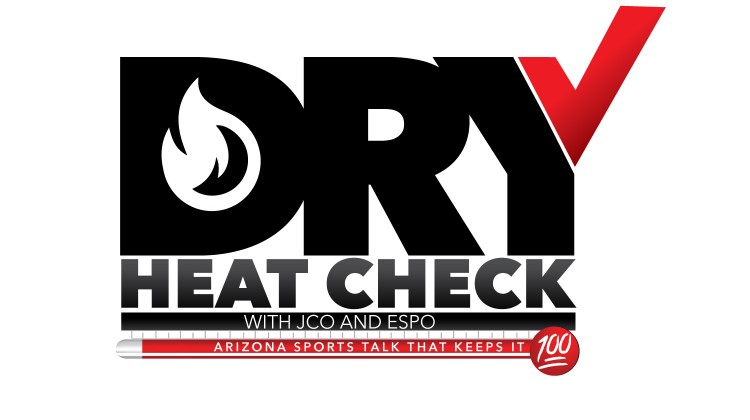 It is the first ever edition of the Dry Heat Check with Jared Cohen and Greg Esposito or also known as the Devin Booker episode because Booker wears the number one. These days when you think of the number one in Arizona sports, Booker is who comes to mind first.

The guys start by taking a look back at the Phoenix Suns 2016 draft and ultimately making two selections in the top 10. Speaking of the Suns, the guys name their All-What If Suns team with players they once had, almost had or could have had that could have led to success with the organization.

Head Coach Earl Watson and Espo got into a Twitter debate about 1980s movies and gives his top five. He urges Watson to declare his.

Finally, the guys introduce what will be two weekly staples on the podcast. They play the game Trade, Cut, Extend and this week do it around the Arizona Diamondbacks. Lastly, every week on the Dry Heat Check the guys will have a Wet Cold Take which is a an old tweet made by a local media member from days, months or years ago which was unbelievably wrong. This week’s Tweet puts one member of this show on blast.

You can interact and add your thoughts and opinions to the podcast by following the show on Twitter @DryHeatCheck.