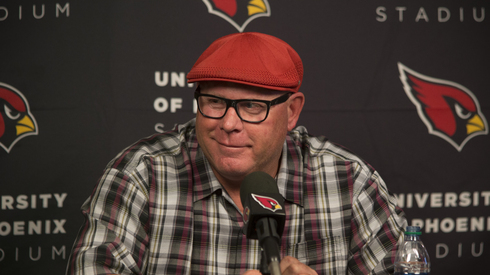 UPDATE: Per Cardinals media relations head coach Bruce Arians was released from the hospital Wednesday morning and is back at the team hotel resting.

Coach Arians update: he was released from hospital this am, has rejoined team at hotel in San Diego where he is currently resting

It sounds like Bruce Arians will be back pacing the practice sidelines shortly.

The 63-year-old alerted the team’s medical staff that he was not feeling well and experiencing stomach pain before the Cardinals dual-squad practice with the Chargers at Qualcomm Stadium in San Diego Tuesday evening.

Arians was held overnight for testing and after evaluation it appears he will be resuming his normal routine shortly.

#AZCardinals coach Bruce Arians expected to be released from the hospital this morning to rejoin the team after tests last night. He’s good