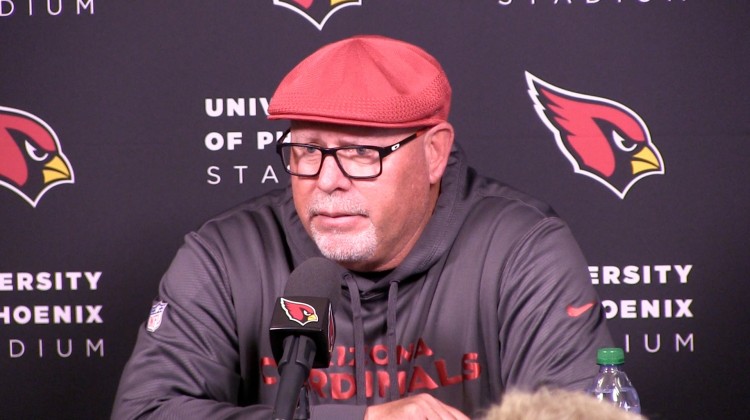 Latest on Coach Arians: He underwent tests this evening & is expected to remain at hospital overnight. We anticipate next update tomorrow.

The Arizona Cardinals took to the practice field in San Diego without head coach Bruce Arians on Tuesday night. A short time later the organization released a statement.