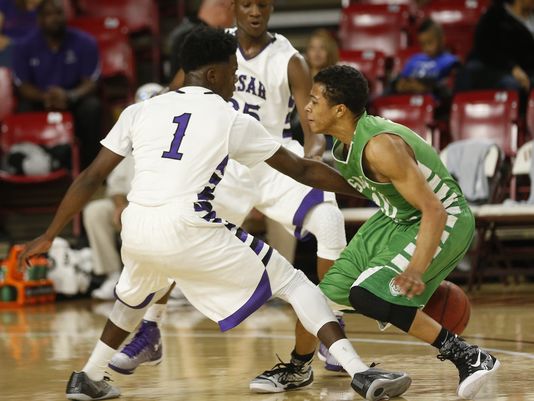 On and off the court, Marcus Shaver is used to being on the move.

The standout guard, who returned to Arizona after prepping in Texas and Nevada, announced Wednesday he has committed to play at UC-Santa Barbara after finishing his high school career at local power Shadow Mountain.

Im beyond blessed to announce that I have committed to UCSB! All glory to God. pic.twitter.com/6XLWqyALLM

After two decorated seasons at St. Mary’s the three-star guard will play for head coach Mike Bibby and the defending Division II State Champions who appear poised for another title run despite losing leading scorers Michael Bibby and J.J. Rhymes.

The opportunity the scenic campus and Big West Conference school provided was too good for Shaver to pass up.