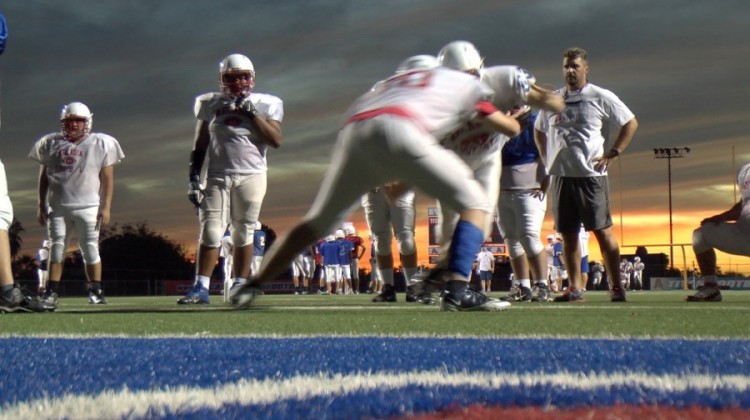 I’m anxiously awaiting the return later this month of #FridayNight360AZ so thought I’d scribble down a few notes which have caught my eye the past few days.

The Ultimate Insurance: A tip of the cap to the AIA for offering 2016-17 HeadStrong Concussion Insurance for a mere $1.50 per member student athlete. This covers all athletes, not just football players, and protects spirit line members, band members, student coaches, trainers, etc. One perk of this generous offer is even if parents have no insurance or a higher deductible the plan is in place for their protection. No longer will parents fret or be hesitant to get their children tested for concussions due to the potential of these higher costs. Arizona is one of just a few states to offer such protection. That’s using your head.

There’s A Snake In The Hall: It was an emotional, heart-felt weekend for Chaparral varsity football seniors Jack and Justin Moyes who helped induct their late grandfather, the great Ken Stabler, into the Pro Football Hall of Fame last Saturday.

“The weekend was indescribable, just very moving and emotional,” Stabler’s daughter Kendra Stabler Moyes told Sports360AZ.com. “My dad would have been so proud of his family. The boys were obviously very emotional. They miss him badly and are so proud to be Papa Snakes Grand Snakes.”

The twins are both expected to be key contributors for first-year head coach Thomas Lewis who takes over the Firebirds after serving as their offensive coordinator under Conrad Hamilton who is now on Todd Graham’s staff at ASU.

El Matador: If you follow the prep football scene in the Valley closely you’re probably familiar with the offensive headline-grabbers over at Shadow Mountain. Another player to keep an eye on this fall is senior tight end/defensive end Tony Rodriguez. The six-foot-four, 200-pounder has improved his skill set on both sides of the ball since the end of last season. A strong student, Rodriguez has received interest from Yale, UC-Davis and New Mexico State among others. He already holds an offer from Arizona Christian. He’s being recruited as both a tight end and defensive end.

This and That: The AIA announced they will be adding javelin at state track meets in 2018. They will also be airing an ‘Arizona Coaching Legends Roundtable’ consisting of some of the most recognizable past faces of high school football. It will stream on azpreps365.com on August 20th at 4:00.