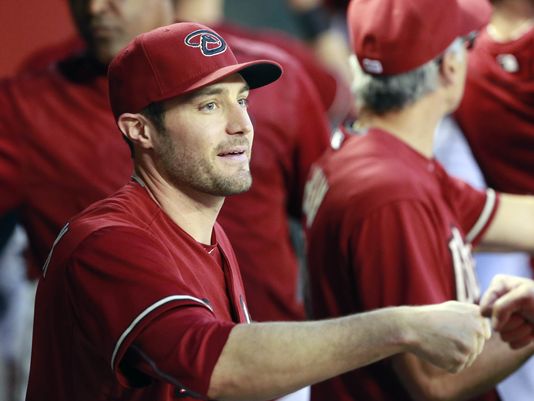 After sustaining an elbow injury that has forced him to miss the Arizona Diamondback’s first 128 games, All-Star outfielder A.J. Pollock has been activated from the disabled list and will make his return this weekend against the Cincinnati Reds.

Some believed when the injury occurred, it might mean the season for Pollock, but he is back and very eager to take the field with his big league teammates.

“We hit every checkpoint,” Pollock said prior to Friday night’s game. “I think the timeline thing was the one that was a little frustrating. At the beginning of the year everyone said I was out for the whole season. I didn’t think for a second I wasn’t going to play this year. We had to be cautious but as a player the frustrating part is when you’re ready you feel like your ready but you have to trust what they are talking about.”

Over the last several weeks, Pollock has appeared in the Arizona Rookie League and in the Minor Leagues rehabing and getting himself back into shape. Being on the field gave him an opportunity to reflect and appreciate being back out there.

“As soon as I started playing I reflected on what I’ve been through,” he explained. “It’s awesome to be playing again and I am not even thinking about my elbow.”

Manager Chip Hale said ahead of Pollock’s reinstatement that he would not play every day in the beginning to be cautious. Stating that he envisions playing him two out of every three games. While Pollock respects the Manager’s decisions, he feels he’s ready for everyday appearances.

“I feel great but its not up to me, its up to Chip,” Pollock stated. “If I am ready to play I feel I want to be out there. I am prepared to play every single day.”

With what Pollock has been through this season and the severity of the injury he sustained, might there be any mental hurdles he may face when getting back on the field?

“I probably wont slide head first going into bases,” Pollock said. “Physically I know it is completely fine to do it. Looking back at spring training, there were times where diving back I didn’t feel quite right. But right now, there might be a little bit of a hesitation but physically it’s fine.”

With the Diamondbacks currently in last place in the National League West and 18.5 games out of first place, there are people that question why to risk Pollock with it being a lost season. For Pollock, there is much more to this return.

“I am a baseball player and this is my profession,” explained Pollock. “There is a mental thing there to go out and play some games. Getting back with this group and be able to play some games and being around the guys, it’s huge. To say the season’s lost and maybe I shouldn’t play, there is a lot more that goes into it than that.”