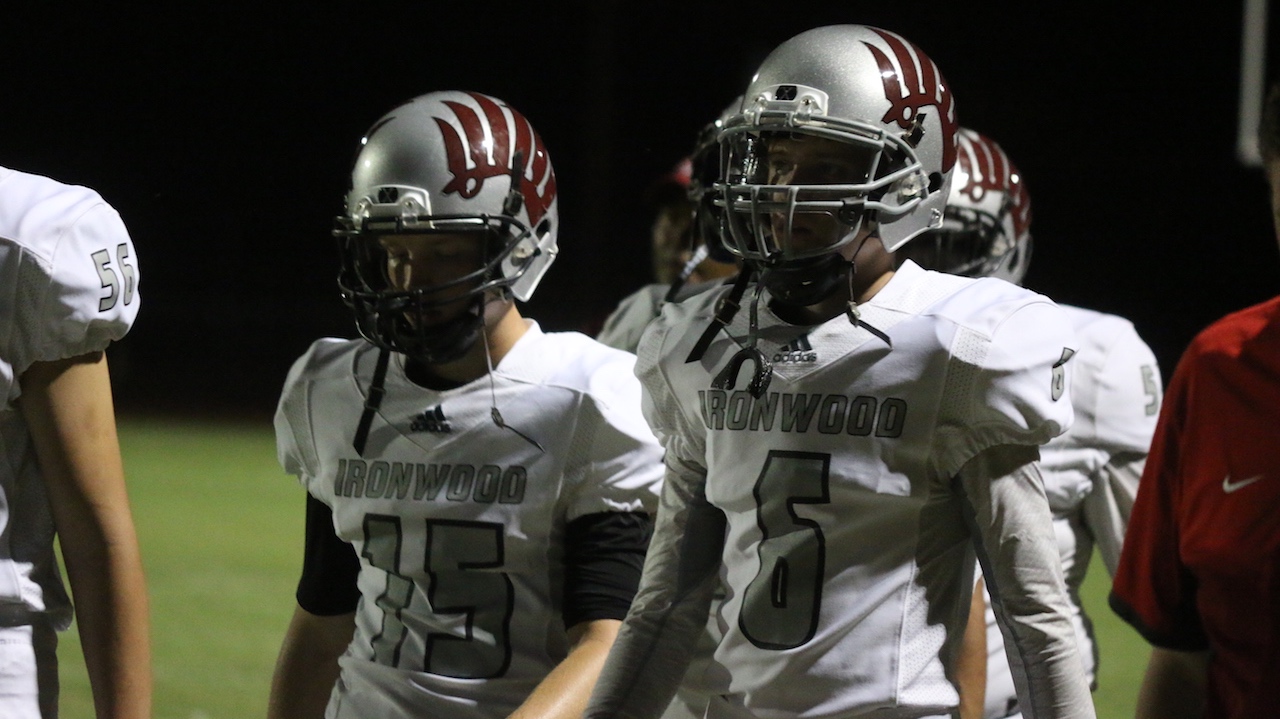 After a wild Friday the 13th night of games, the west side is back with 18 games among the schools, including a boatload of west vs west matchups.

A pair of 2-1 teams will battle in the Northwest Valley on Friday night. The two teams also have in common new leadership. It’s been a good start for both teams featuring not only new quarterbacks but also new head coaches to the programs.

The Ironwood Eagles have dominated two games but fell to a powerful Cactus team looking for another top-four postseason ranking in the 4A Conference. Barry Goldwater started on a 2-0 roll, including a 52-point performance against Central before a loss to the offensive steamroller at Gilbert. Now both teams look to stay above .500 before their final non-region games of the year.

The calm before the storm! @IronwoodFball getting ready to take on Camelback HS. GO EAGLES!!! ? pic.twitter.com/0hczUQJjpZ

Chris Rizzo is in his first season with the Eagles with a new quarterback at Ironwood who has electrified the offense. While junior quarterback William Haskell has thrown 7 TDs and no interceptions on 2019, the run game has flowed almost as evenly. With Haskell rushing six more touchdowns, the offense is averaging about 155 yards per game both in the air and on the ground.

Ending either Haskell’s rush or pass offense could make the Eagles one dimensional. Junior, Tyler Grijalva, will be tasked with helping lead the Barry Goldwater defense in disrupting the Ironwood QB one way or another. Head coach, Frank Lautt, has watched the Bulldog offense average nearly 350 yards on the turf with two players already over 400 rushing yards. Jaidren Williams and Earnest Greenwood will lead that ground attack while also working on defense to try to end the Eagle ground attack.

There’s potential for an old school battle in the trenches with running backs and quarterbacks battling for room on the ground. This could be a fun duel in the northwest to watch two new head coaches prepare for difficult region play.

Building Towards the Future

It’s been a historic start for former Scottsdale Community College coach, Doug Madoski and the Mountain Lions of Mountain Ridge. The last time the school has seen more than three wins over an entire season was back in 2013. Now, they have an opportunity to improve on their 3-1 record but must head to the southwest to battle a hungry Tolleson Union squad.

The TUHS Wolverines are 0-3 but don’t let the record fool you, the team is full of experience only three games into the season. In the past two games, Tolleson Union has battled against Brophy Prep and Hamilton, two teams ranked in Arizona’s top ten by MaxPreps. In those games, the Wolverine defense totaled four sacks and two caused fumbles with seniors Damian Ruelas and Adrian Flores leading the pack.

While the Wolverine’s offense hasn’t quite found its rhythm, senior, Arnell Christen Jr. has been making sure the offense has some momentum, scoring two of the team’s three TDs on 2019. Meanwhile, the Mountain Lion’s senior college baseball commit, Keegan Stancato, has had a standout year with the MRHS offense. With nearly 1,000 passing yards already, Stancato has sent the ball to the endzone ten times.

GREAT WIN RIDGE!!! last time we went 3-0 we were all in diapers, LETS GET ANOTHER ONE!!! GO RIDGE!!! ???? @ridge_pom @MtRidgeFootball @mrhs_athletics pic.twitter.com/Qlz1lV5FLQ

Fellow senior Tommy Ellis has already accumulated 60 tackles in a matter of four games while blocking two punts. The defense is looking to get back on a roll after giving up 58 points in a ten-point loss to Cesar Chavez. Region play is coming up next week starting with Chaparral, Pinnacle, and Liberty where the defense will play a large role in keeping Mountain Ridge in contention for wins.

These two programs are rising on the west side and continue to see their destiny, battling some of the best schools in the state.

Region play begins this weekend for many teams, including the Sandra Day O’Connor Eagles hosting Boulder Creek. Both teams were playoff contenders in 2018 and once again face intense schedules.

@BrandonCraddoc6 found out what it is like to chase a D1 QB all night @perrypumas. 9 tackles, 1 sack, 2tfls. pic.twitter.com/iluoztlyGh

After a 50-point victory against Mesa, the recent O’Connor stretch has been brutal, battling Basha, Campbell (HI), and Perry in losses three weeks straight. Senior quarterback, Dylan Simonton, has been gunslinging this offense, averaging nearly 300 yards per game and 14 TDs. The penetrating defenses have had a field day though with Simonton’s air attack, picking off the senior 11 times. On the other side of the ball, five different Eagle defenders have intercepted opposing quarterbacks. Also, sophomore, Brandon Craddock, and junior Joseph Macdonald, have combined for 55 total tackles, helping anchor the defense against those stellar offenses.

So far, Boulder Creek’s only blemish has been against Highland, a 2018 6A semifinalist. Victories against Skyline and Corona del Sol has given the Jaguars some hope they can make the state tournament for the third year in a row. Junior, Jacob Cisneros makes this squad run on all cylinders. With a team-leading 621 all-purpose yards, the running back has been a key factor of the offense since showing out against Liberty last year.

With Pinnacle, Liberty, and Chaparral all on the upcoming region schedule for both teams, starting region play at 1-0 could be a nice boost moving forward. A 1-3 Sandra Day team will face J.D. Johnson and Pinnacle next week, while the Jags take on Perry, a team SDO lost to last week by 20 points.

Keeping Up with the Opponent

After taking Perry to quadruple overtime, many believe that not only is Red Mountain improved from 2018, but they’re in the conversation to be one of the eight teams in the lucrative Open Division Playoff. The team that gave them the closest run for their money last year now looks to see how improved they are this week.

The Westview Knights made the tournament in 2018 through an 8-2 record only falling to Desert Ridge in overtime, and to Red Mountain by a field goal. This year has been more troublesome for the Knights after getting taken down by Desert Ridge, then being defeated by a rising Mountain Ridge team.

Westview has found some momentum after winning their home opener last week against Alhambra by 61 points. All the rust and woes must be knocked off after that win with arguably their toughest opponent coming into their house on Friday.

Junior quarterback Nico Vasko is the spotlight of the Knights offense combining for 900 total yards over three games, including a 9:0 TD pass to interception ratio. The senior, Isac Hall, has added stability to the offense being Vasko’s rock, scoring 5 touchdowns and catching 21 passes on the year.

What will need to be on display Friday night is the Knight defense. Being able to stall the RMHS offense will give Westview’s offense an opportunity to keep up with Red Mountain’s productivity. Juniors Eric Vega and Robert Espinoza lead the team in tackles, both averaging ten or more tackles per game. The defense has averaged a sack per game and only one INT on the year. 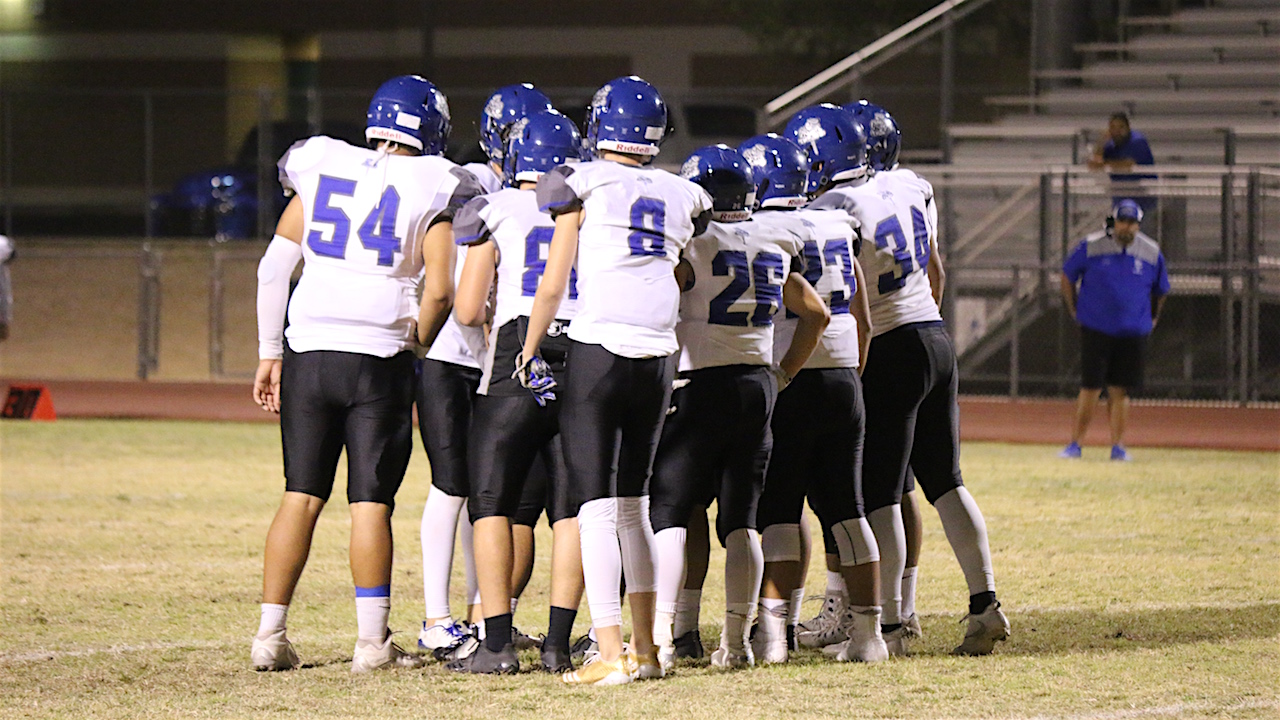 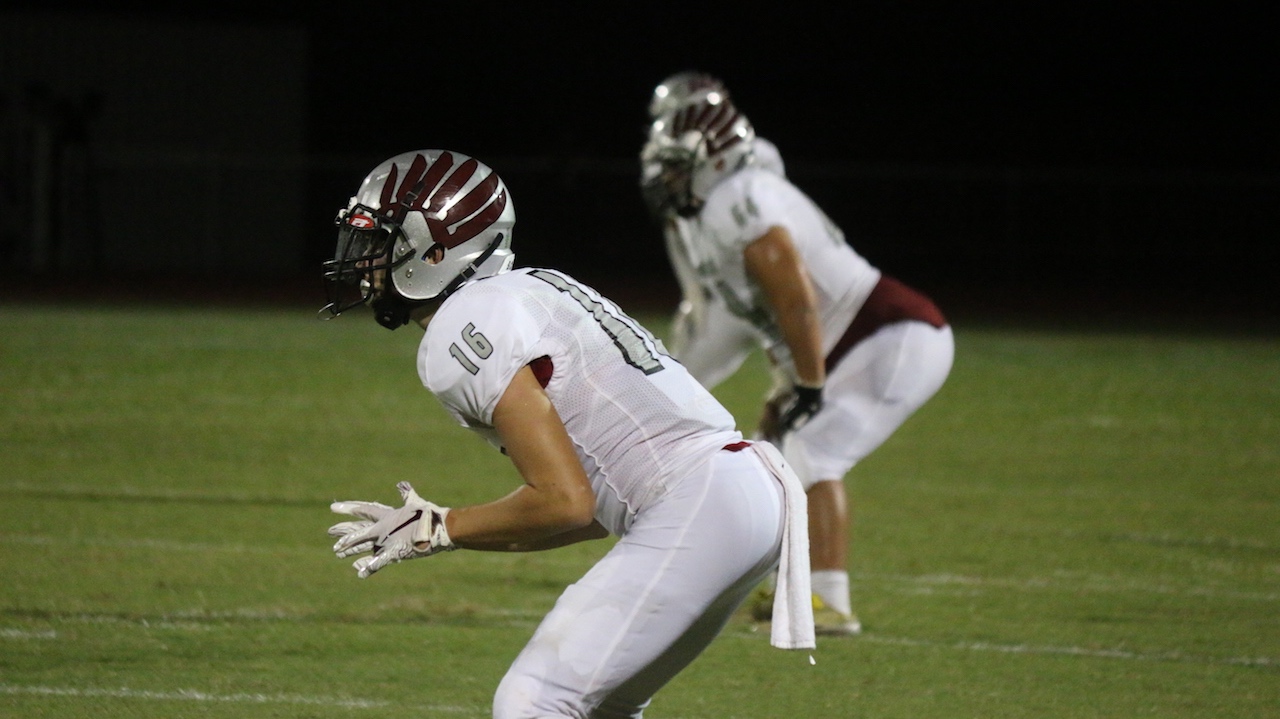 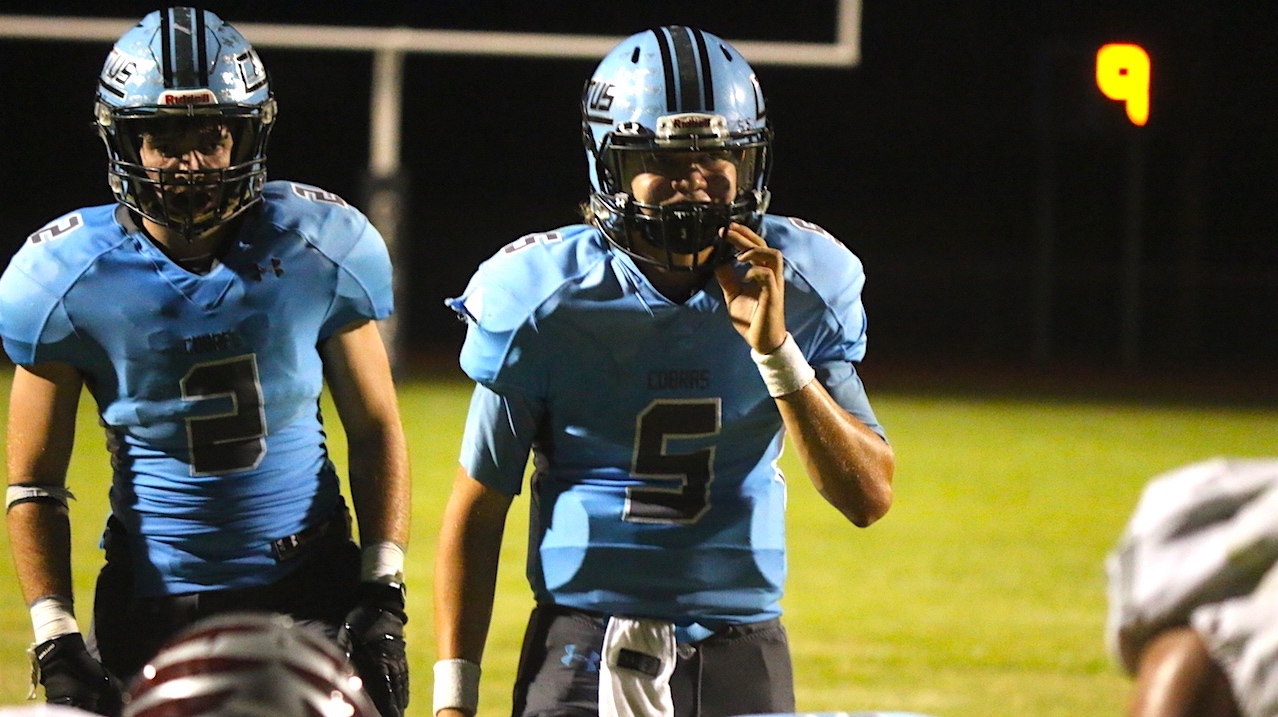