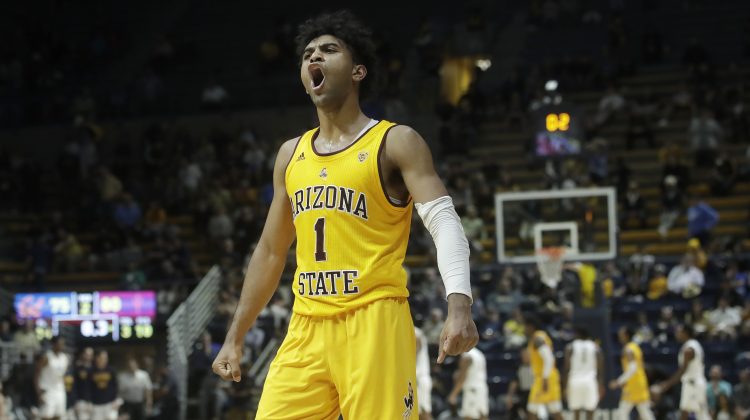 The Arizona State Men’s Basketball Team has been on fire of late, defeating Cal and Stanford over the weekend, making its first Pac-12 road trip sweep since 2010.

The defeat of Cal on Sunday, 80-75, marked its fifth consecutive win in Pac-12 play. The first time this has happened since James Harden’s final season as a Sun Devil in the 2008-2009 season.

ASU is 6-3 in road games this season, thanks in large part to the play of junior guard Remy Martin, who scored 24 points against Stanford and 22 against Cal.

Martin is averaging 21.9 points while shooting over 41% from three in all away games this season.

The Sun Devils will look to capitalize on Martin’s impressive form this week as they host No.14 Oregon Thursday night.

Arizona State hopes to contain senior guard Payton Pritchard as he has been on a roll all season, scoring 25 points in Oregon’s most recent win over Utah this past weekend.

Tip-off starts at seven o’clock Phoenix time on ESPN with the Sun Devils looking to make it 9-4 in the Pac-12 this season.