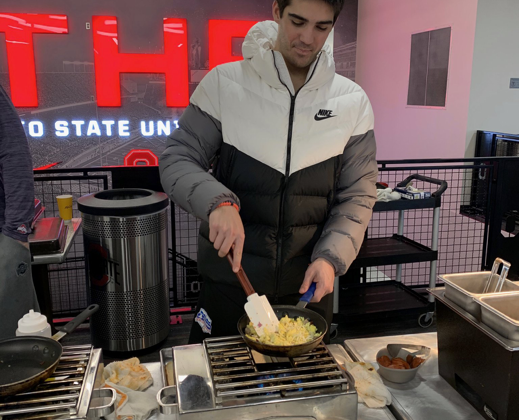 From time to time I like to address issues in high school and college that parents may be struggling with when it comes to their student/athletes. When I speak to groups, I often get asked for an opinion on players leaving high school early for college. Usually this happens with skill position players, but as time has gone by, more and more are considering pulling the rip cord on high school early. Quarterback Jack Miller left Chaparral High School  for Ohio State after his first semester wrapped up in December. I asked his father, Jack Miller Sr. for a few words on how the decision has worked out.

We believe it was an important step for Jack to be as prepared as possible for the fall. Early enrollment gave him time to adjust in multiple ways before getting to full on fall football. Although hard, the right relationships with coaches and other early enrollees get you through it. You must be strong. That said it still isn’t easy, early enrollees are usually younger and are essentially pre-freshman. They are immediately required to take full loads in the classroom, work outs, studying all while only weeks before they were in high school. It is not for everyone. You grow up fast

We have seen Jack grow emotionally, first and foremost. He has a very clear understanding of what is required to play college football at a school like Ohio St. Additionally, his eyes got wide open fast, leaving home isn’t easy, but to essentially go a long way from home and have to learn everything. He has faced difficulties and come through it we have seen him grow as a person.
If you are considering sending your athlete early be prepared both you and the athlete will have moments of regret, of “was it right? “ Talk about the downside of leaving early not just the positives. We miss him all the time. Really consider if the athlete has coaches who you trust to watch after him, mentor him and help them adjust. Ensure, there are more early enrollees, that he isn’t all by himself. We were blessed he has an all time high of 14 early guys.
Share Tweet Share
Chaparral FirebirdsDevon HenryEric SorensonJack MillerJordan HammOhio State UniversitySande Charles