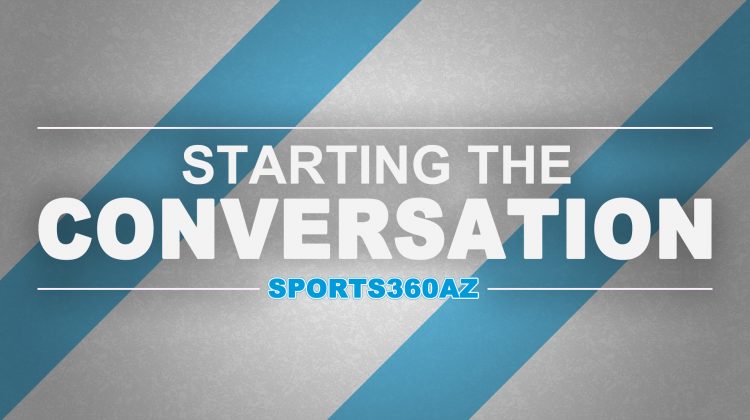 By Tamra Blankenship for Sports360AZ

A 5-year-old goes to the plate in his first T-ball game.  He feels the apprehension of trying something new, knowing that all eyes are on him as he walks to the tee to take his first real swing.  He misses on the first attempt.  The next swing only grazes the ball and it rolls off the tee.  His coach picks up the ball and gently places it back on the tee. The coach says, “It’s ok, try again. You got this”.  The little boy musters up the courage to swing again and the ball goes flying, filling him with confidence.

This same 5-year-old boy is now 16 and is on the high school team, hitting home runs and feeling the sense of his efforts making a difference for the team.

One day something shifted.

He went up to bat like any other game, but this time his dad had a talk with him about where he thinks this “passion for the game” should go.

The expectation has unconsciously been planted and now he feels less joyful and connected to the game.  Every time his dad would advise him to do something different in the way he approached the ball, he felt a sense of letting his father down when he didn’t succeed.  Hearing all the voices in his head and feeling the pressure, he no longer felt supported but now was lost in the overwhelming fear of failure.

He swings and misses, taking a deep breath and telling himself “it’s ok,” just like his T-ball coach used to say, but that didn’t help.  He feels his doubt taking over and this time it was a good cut, but he misses it again.  He now fully believes he is a failure and has let everyone down.

This young man’s great hitting days seemed to be coming fewer and farther apart.  His perception has changed.  He now hears the coach yelling and the pressure from his parents and teammates.

This confident 5-year-old is now a defeated, stressed out teen and this is where we “Start the Conversation”.

Tamara can be reached at  tamra@tamrablankenship.com