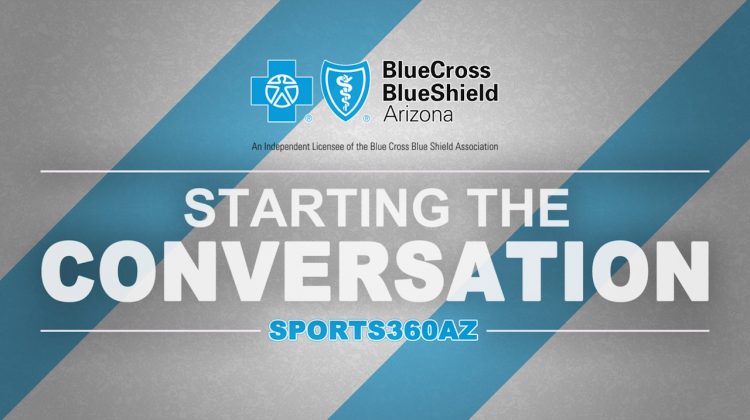 I was at the grocery store this morning and thought about yelling “there’s toilet paper over on aisle 9 that just came in”, just so I could get to the front of the line. I was simply picking up a few things, but did grab a few more canned food items for the pantry (I am guessing the canned food drives are going to do very well later this year). Life goes on. When God says, ‘it’s time for you to go”, I won’t have a say in the matter. I feel anxiety all around, but am just taking each day as I have for many, many years. Happy to be on the right side of the grass.

What makes me scratch my head are the people who don’t know what to do with themselves now that sports is on hold. I am not talking about the people financially impacted by the current shutdown in sports. I feel horrible for the sports broadcast workers. The people behind the scenes that are by and large freelancers. Spring in Arizona can stretch a sports freelancers budget a long ways. No shortage of events and a shortage of good people who can do the job. Now, all of them are sitting on the sidelines, with some wondering how they are going to make it financially.

I am stunned by the guys who have used sports as their main way to get through life. Guys who don’t know what they’re going to do without a March Madness bracket or a Master’s pool. I’ll read on social or hear on Sirius-XM  “how sad” all of this is. Sad, is loss of life, or having aging parents that live in fear of catching a virus.  “Sad” IS grownups who aren’t in touch with their families because they’ve let sports overtake them.

I am not biting the hand that feeds me. But for the last few years I’ve seen and had conversations with guys who would rather talk about sports than their wives, girlfriends, or kids. They want to tell me about how many games the Diamondbacks are going to win or what the Cardinals should do with the 8th pick in the draft. When I ask them about the kids or how the parent-teacher conference went, the answer is usually much shorter( I let my wife go to those things). Guys will tell me about the NFL games they watched on a Sunday and the college games too. I wonder if they’ve heard of the DVR(pretty good invention). Sunday’s at church people wear football jersey’s and get out of the sanctuary before the closing song, so they can beat the traffic.  I used to be in that same space, but almost losing my wife and fourth child on delivery 15 years ago woke me up to the reality of life moving fast.

I missed some things with my first three kids because I was too caught up in being at most every pro and college sporting event in town. I was out of balance. I didn’t make every single, last, parent/teacher conference. I did have the office door closed too much or was working on the interview prep that could’ve waited, rather than being at my kids events.  I think the reason why I’ve enjoyed Sports360az so much is because of the freedom to tell stories and cover sports that I know are more  important to the community. Eight years on the right side  of the grass. :)

In my time in local TV, I was wasting time flying around the country to be at certain games simply because management wanted it to look to you, watching from home, that they cared and were committed to local sports(they weren’t). I had management tell me “just send a camera out for a half hour to  get a couple of highlights down the street at a high school, nobody watches that stuff but the parents”.  I was in locker rooms thousands of miles away from family just to have players say afterwards, “it was a tough game, but we have to bounce back and we will”. It wasn’t brain surgery, it was making sausage. Nobody likes to see how sausage is made, but we like to eat it. Fortunately, I pushed the reset button on all of it.

Perhaps pushing reset is something that you need to do during this pause in sports. Being passionate and consuming is great. I am not beating anyone up in this space. I’m merely suggesting to consider using this time of no games to consider if you need to make some changes and get better in other areas of life. The games and events will return. I’ll be there(God willing) and so will you.