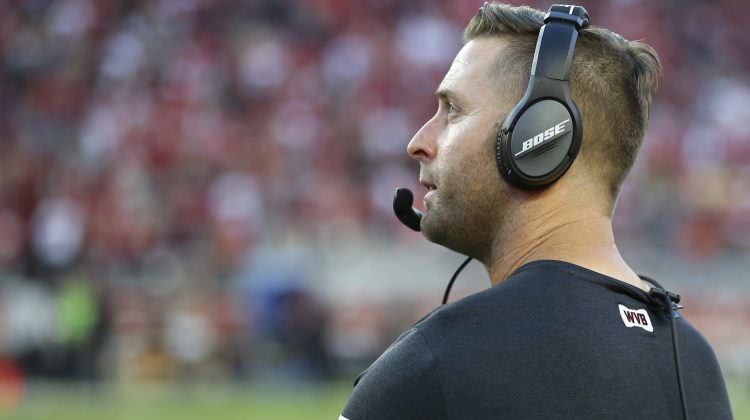 The Lions came to town with an 0-2 record while the Cardinals were flying high with a 2-0 record ahead of today’s matchup. A lot was on the line for Lion’s defensive coordinator Matt Patricia. The Lions clawed there way through and came out with the win. Here are some takeaways:

The Cardinals-Lions played a pretty even first half with neither team taking control. At the half, the Lions led 17-13. Both teams were led by their passing attack with only an okay running game. The big difference was the two interceptions thrown by Kyler Murray.

Kyler Murray had an up and down first half going 13 for 17 for 156 yards passing and a touchdown to Andy Isabella, but Murray also threw two interceptions. We didn’t see Murray gain as much ground with his legs (three carries for 11 yards) in the first half, but he did turn a one-yard scamper into a highlight score, making a perfectly positioned tackler look foolish on his way to the end zone.

Rarely utilized, Andy Isabella finished the half with three receptions for 43 yards and a touchdown. Easily his most time on the field as a professional.

The Cardinals defense did a decent job containing the Lions running game, but Matt Stafford managed to remain efficient, spreading the ball around for an 11 of 14, 125 yards, two touchdown first-half performance. The Lions touchdown passes were brought in by tight end Jesse James and wide receiver Kenny Golladay.

The second half saw the Cardinals come out strong in the third quarter, putting up 10 points but then allowing the offense to sputter a bit in the fourth, allowing Detroit to hang around and eventually snatch away a victory in the final seconds.

Kyler Murray went 10 of 18 for 114 and a touchdown, a second to Andy Isabella, after halftime, but he also added his third interception and almost a fourth. Despite the Lions losing their first-round cornerback Jeff Okudah in the second half, Detroit continued to stymie the Arizona air attack.

Matt Stafford put up his own 11 for 17/156- yard passing performance that led to three field-goal drives, including the game-winner.

The deciding factor though, was how Stafford managed the final drive that resulted in the winning field goal. The Detroit quarterback went four-for-four for 61 yards and ate up the final four minutes and 49 seconds of the game.

In the end, the Lions put up 10 points following the Murray interceptions. It’s well known that turnovers hurt, and the Cardinals fans saw it come to fruition today.

DeAndre Hopkins had another strong performance for the Red Birds with 10 receptions for 137 yards, but the Lions limited his big-play potential and kept him out of the end zone.

Christian Kirk’s absence was felt in seeing Isabella and KeeSean Johnson targeted 11 times. Isabella made the most of his four targets finishing with four grabs for 47 yards and two touchdowns while KeeSean Johnson used his seven targets for two catches for 24 yards.

Kenyan Drake had a productive 18 carries for 73 yards but wasn’t his normal passing game target, only seeing one target that he pulled in for six yards.

The Cardinals defense did a decent job overall, sacking Stafford four times and limiting the Lions run attack on 27 carries for 90 yards. But they didn’t do what proved pivotal for the Lions- creating turnovers.

Cardinals fans have seen this team take significant steps towards becoming a playoff-caliber squad, but to make it to January football, especially when you play a very strong NFC West, they can’t let games with teams like Detroit and Carolina get away. They did today. Next week, the Cardinals travel to Carolina to take on the Panthers in what becomes an early season “must-win.”