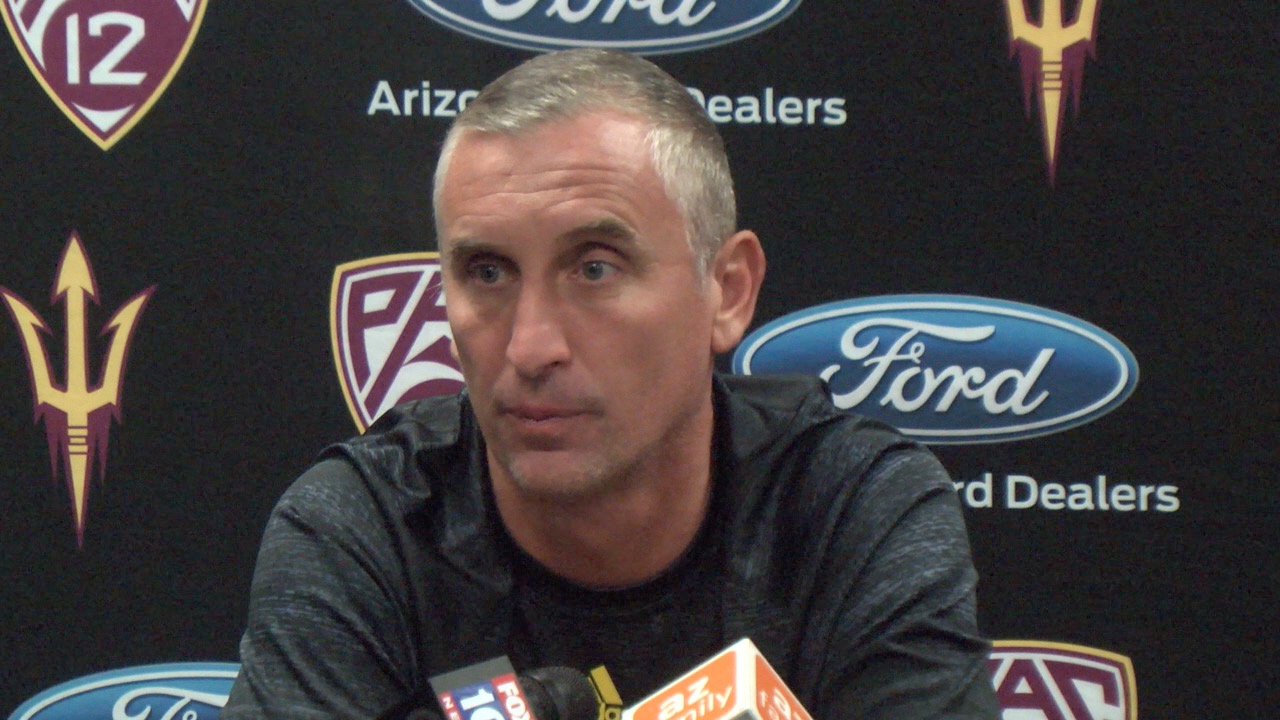 The regular season for Arizona State men’s basketball is over and it was rough to say the least. The team finished 10-13 overall and 7-10 in conference play. This was supposed to be a big year for the Sun Devils, but COVID-19 issues within the program and different opponents throughout the season prevented them from hitting a stride. It’s not over and they’re planning to bring firepower to Nevada.

Bobby Hurley’s team played six games in 11 days to wrap up the season. Each player is feeling some sort of fatigue, resulting in a disappointing finale against Utah. Now, Hurley says they are flipping the page to make a run in for the PAC-12 title after explaining how unacceptable their recent performance was.

“A few days ago our video team put together a really good edit,” Hurley said. “The one ‘shining moment video’ was involved in it to try and get the guys’ juices flowing… it was a variety of clips from just about every guy on the team making a shot and making plays.”

Hurley’s game winning shot against UNLV en route to an NCAA championship is in that same video.

Josh Christopher and Marcus Bagley aren’t going to play against Washington State on Tuesday or in any other games in the tournament, should they win. Christopher hasn’t practiced in over a month and Bagley re-aggravated an injury during the Colorado game last week.

The last time they played the Cougars, Remy Martin hit a game winner from downtown in overtime in his final game in Tempe. In the 2020 tournament they were also in line to play Washington State before the pandemic forced the sports world to halt.

Martin is a PAC-12 first-team selection for the second time after averaging a conference-best 19.9 points per game while shooting 44 percent from the field. The leader of this team is no stranger to big moments and will be the driving force in Vegas.

leaving a legacy in Tempe 🔱👨‍🍳

“I know he can’t wait to play in this event,” Hurley said. “We’re going to need him and some other guys to really get it rolling this week. We do have the firepower to do that even without Josh and Marcus.”

Assistant head coach Rashon Burno will be in Vegas with the team, despite accepting a head coaching gig at Northern Illinois. Burno is Hurley’s right-hand man so coaching alongside him for at least one more game is exciting.